After a hearty breakfast (again), we departed the hotel to Khamsun Yuley Temple. This is supposed to be a 1 hour trek up a mountain (yes, again). We reached our base and had to cross a bridge (yes, again, but chicken feed now). 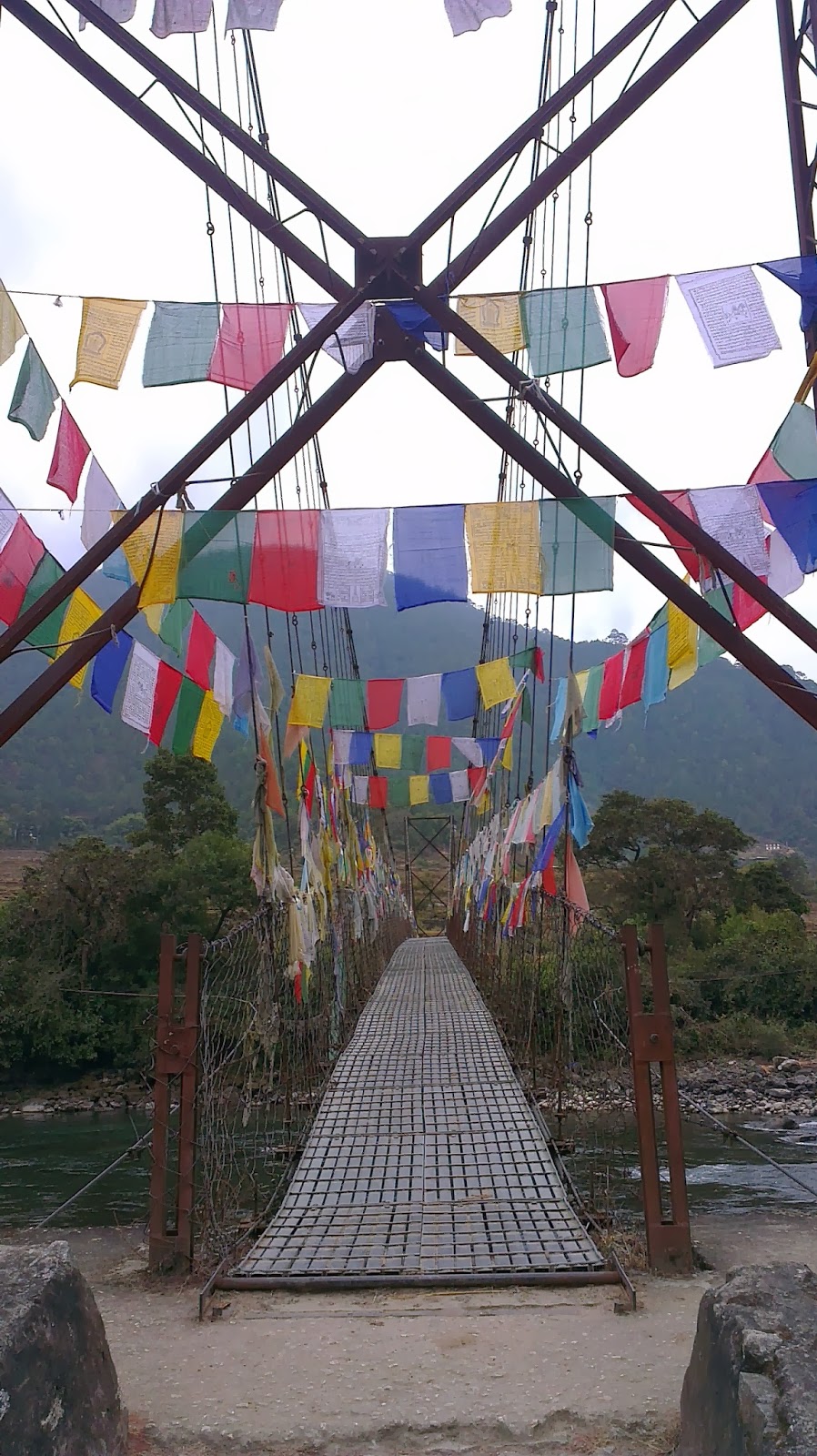 The view on the way up was beautiful (yes, again). 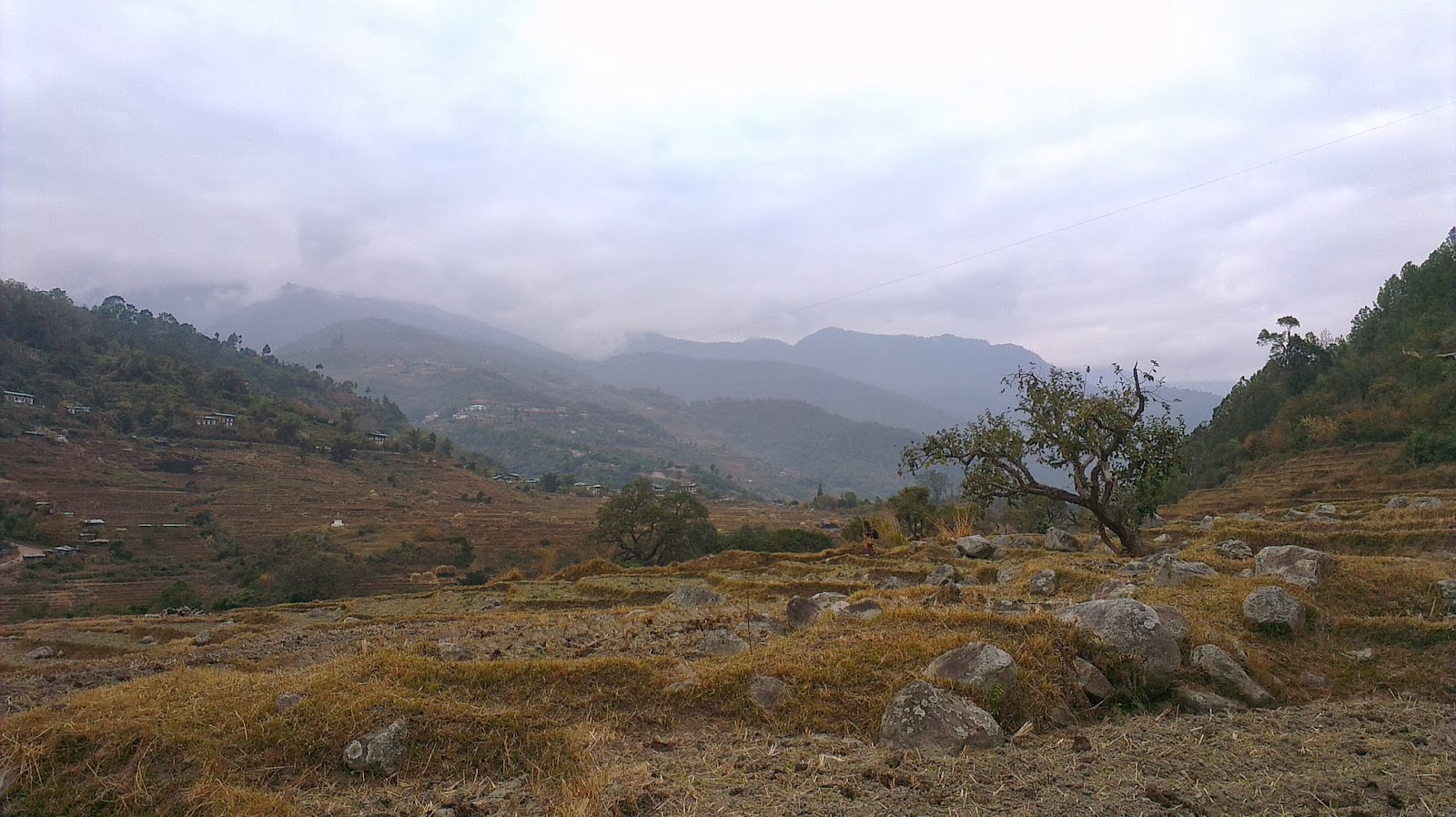 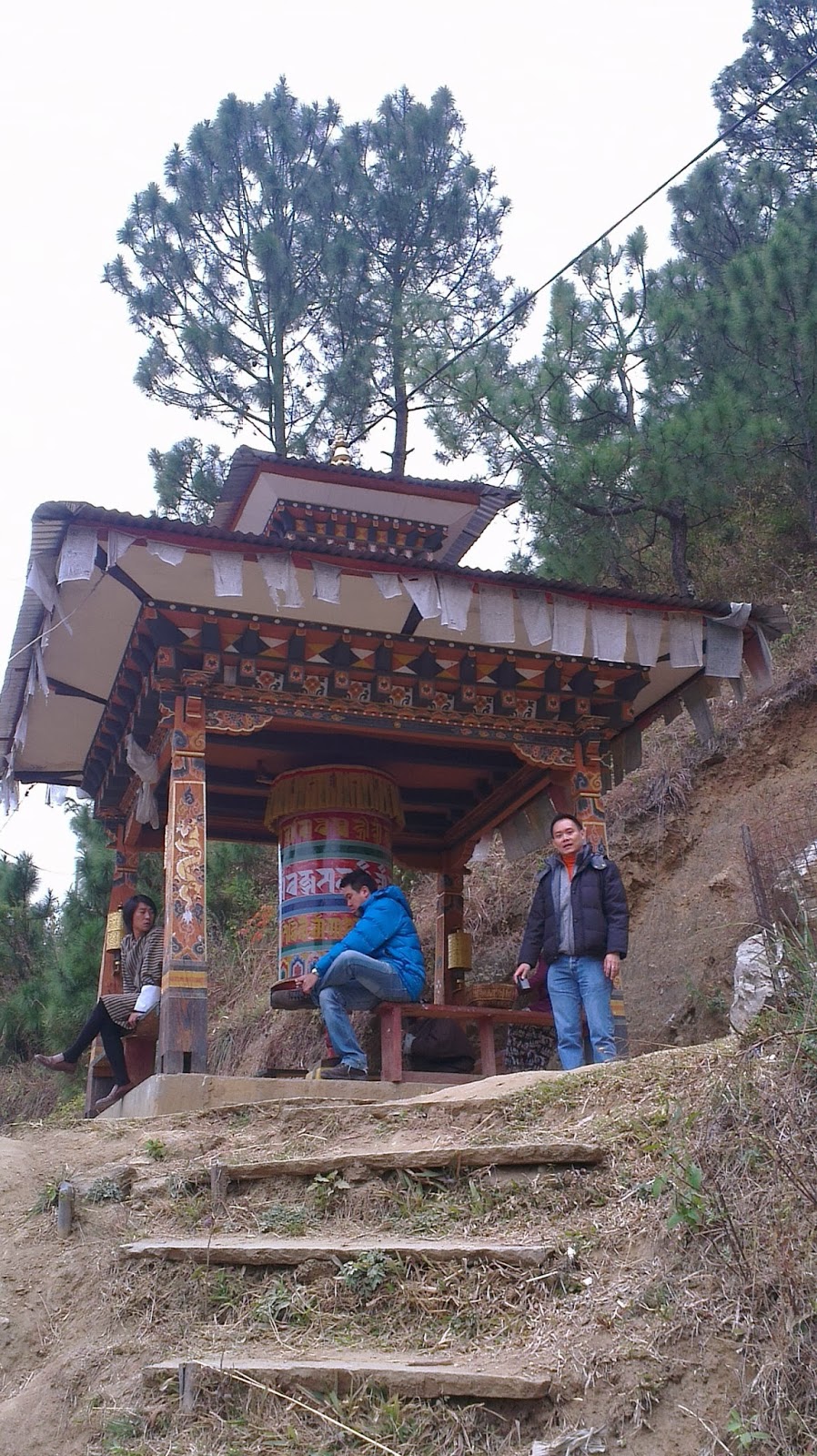 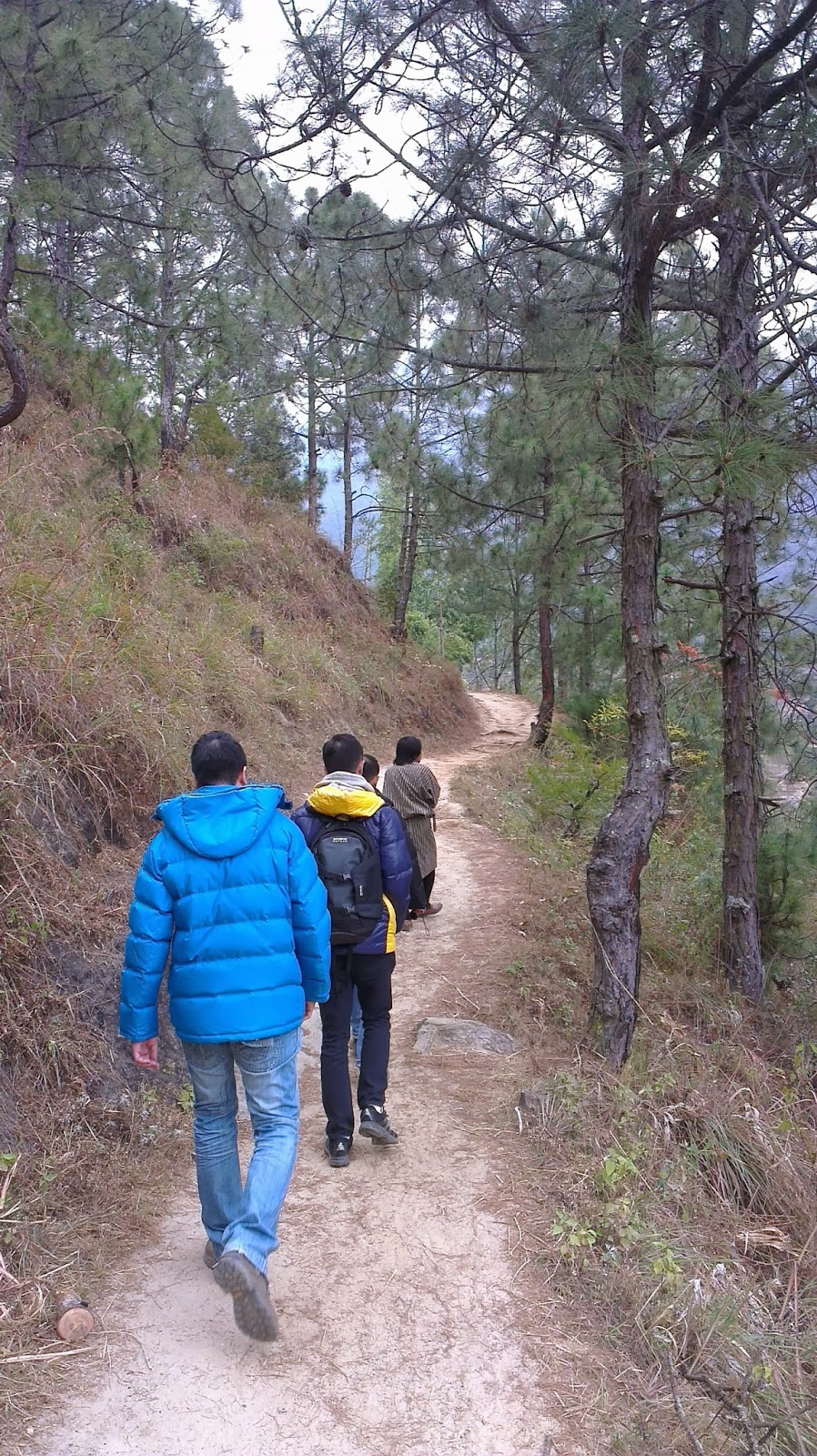 Although we've been in Bhutan for a few days, we were still wheezing and giddy trekking uphill. We took more than an hour to get to our destination. Slowly but surely, we got there. 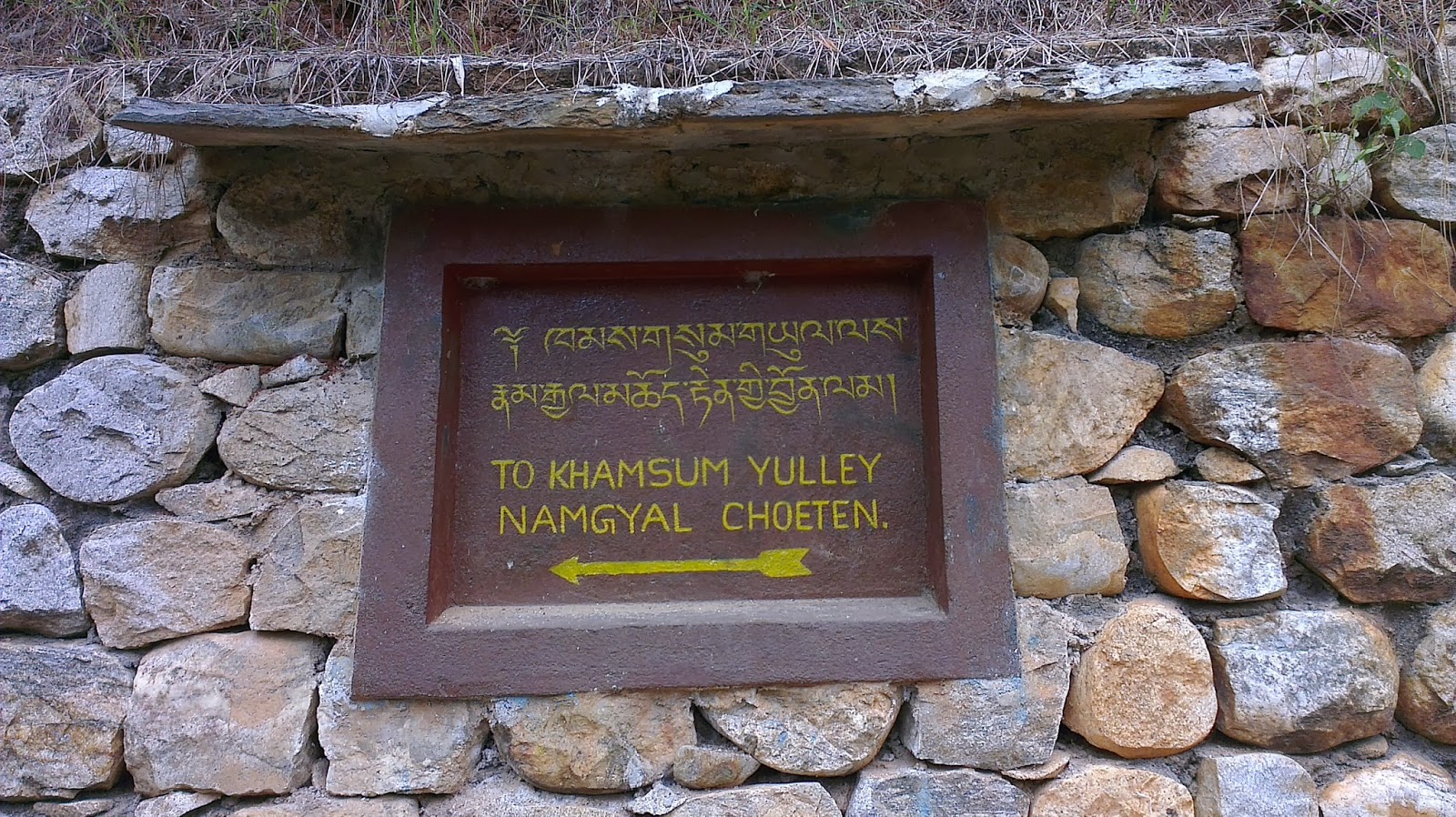 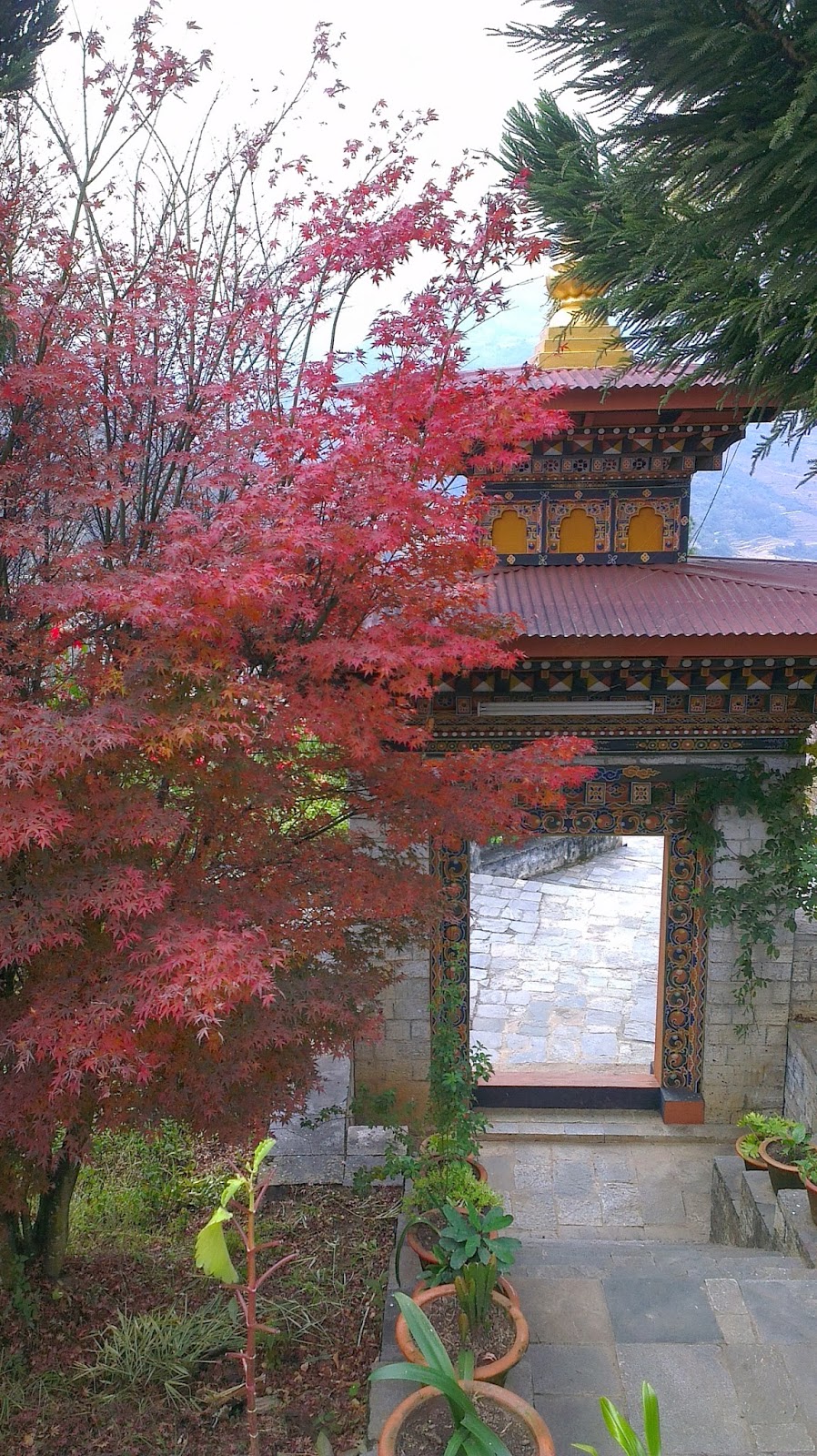 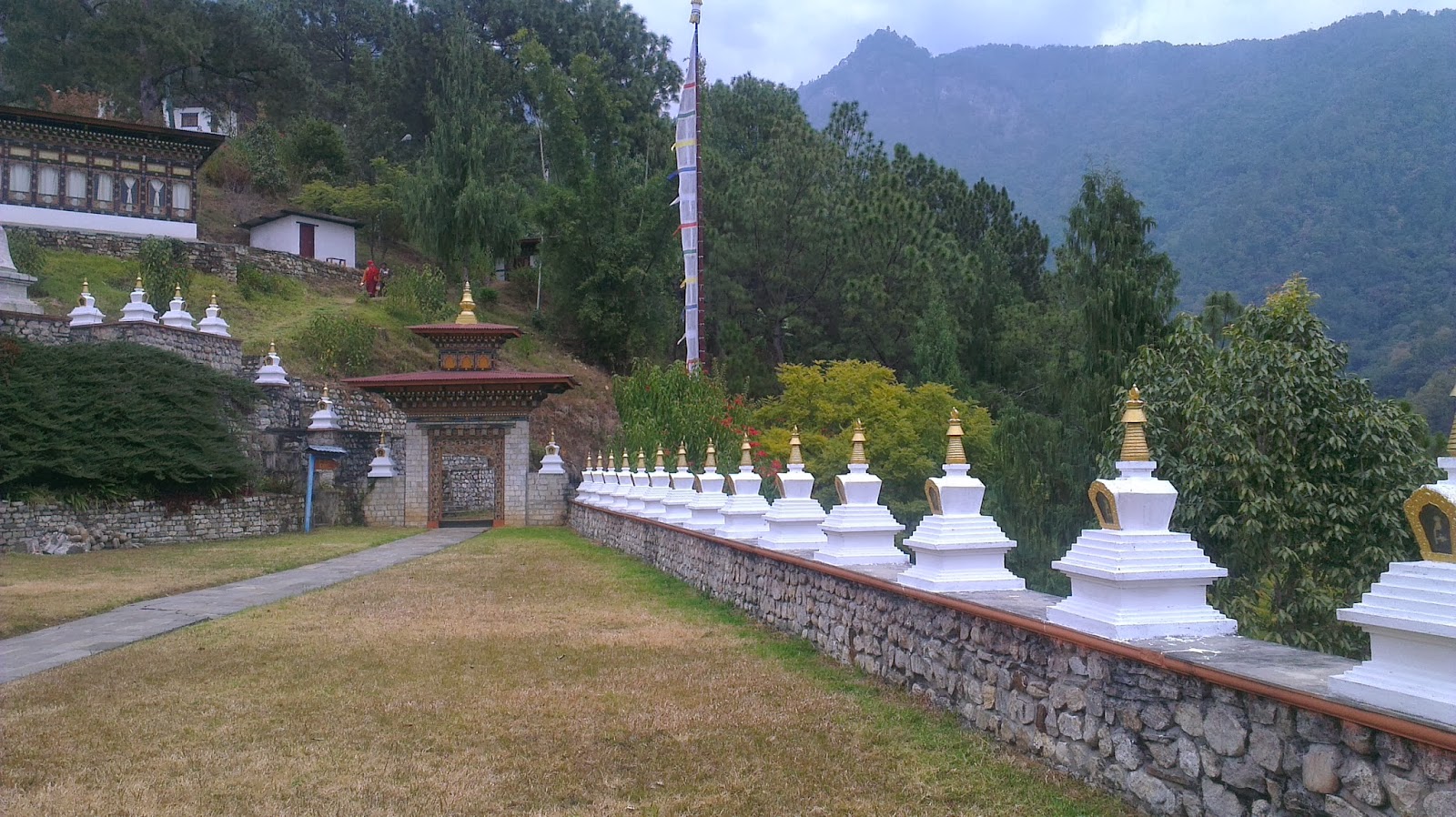 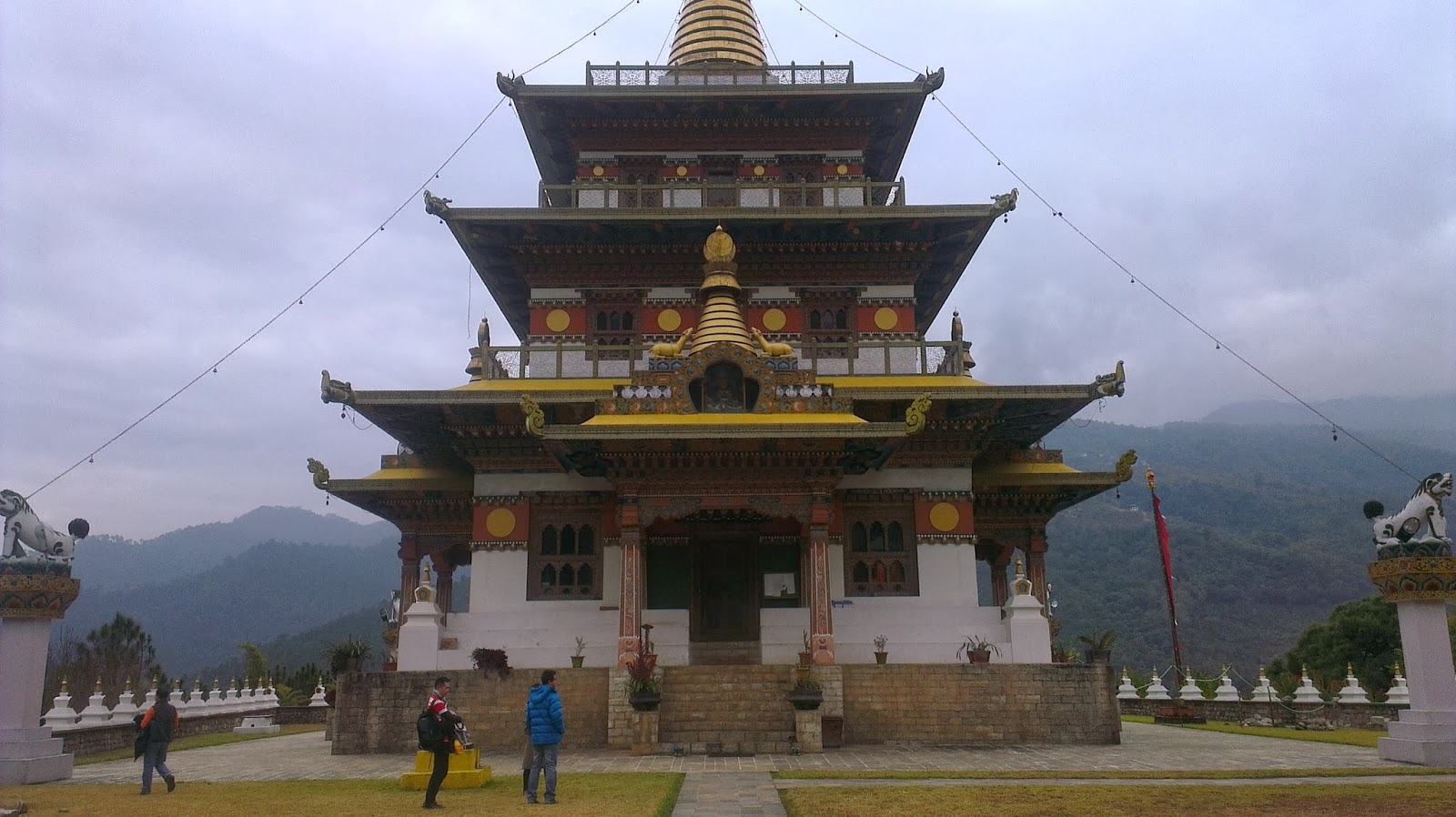 There is no temple in Bhutan as elaborate as this and was built by the Queen Mother of the 5th King to bring universal peace in the world.

After our descent, we went for lunch and then onwards to the famed Punakha Dzong.

Placed strategically at the junction of the Pho Chu and Mo Chu rivers, the dzong was built in 1637 by Zhabdrung Ngawang Namgyal, to serve as the religious and administrative seat of the region. It was here that the dual system of government was introduced in the 17th century and in 1907, enthroned the first King Gongsar Ugyen Wangchuck.

Damaged over the centuries by four catastrophic fires and an earthquake, the dzong has been fully restored in the recent years by the 4th King Jigme Singye Wangchuck.


The guide, Chunjur, informed us that Bills passed in Parliament at Thimphu have to be brought here to Punakha to be approved at this dzong before being approved in Thimphu Dzong. The importance of this dzong is further seen by all 5 Kings being coronated here and the 5th King held his wedding ceremony here.

Our last destination of the day is a nunnery. It was right on top of a cliff and was built by the grandfather of the 5th King. In fact, his meditation retreat is a house just opposite the nunnery. Views as usual were spectacular. 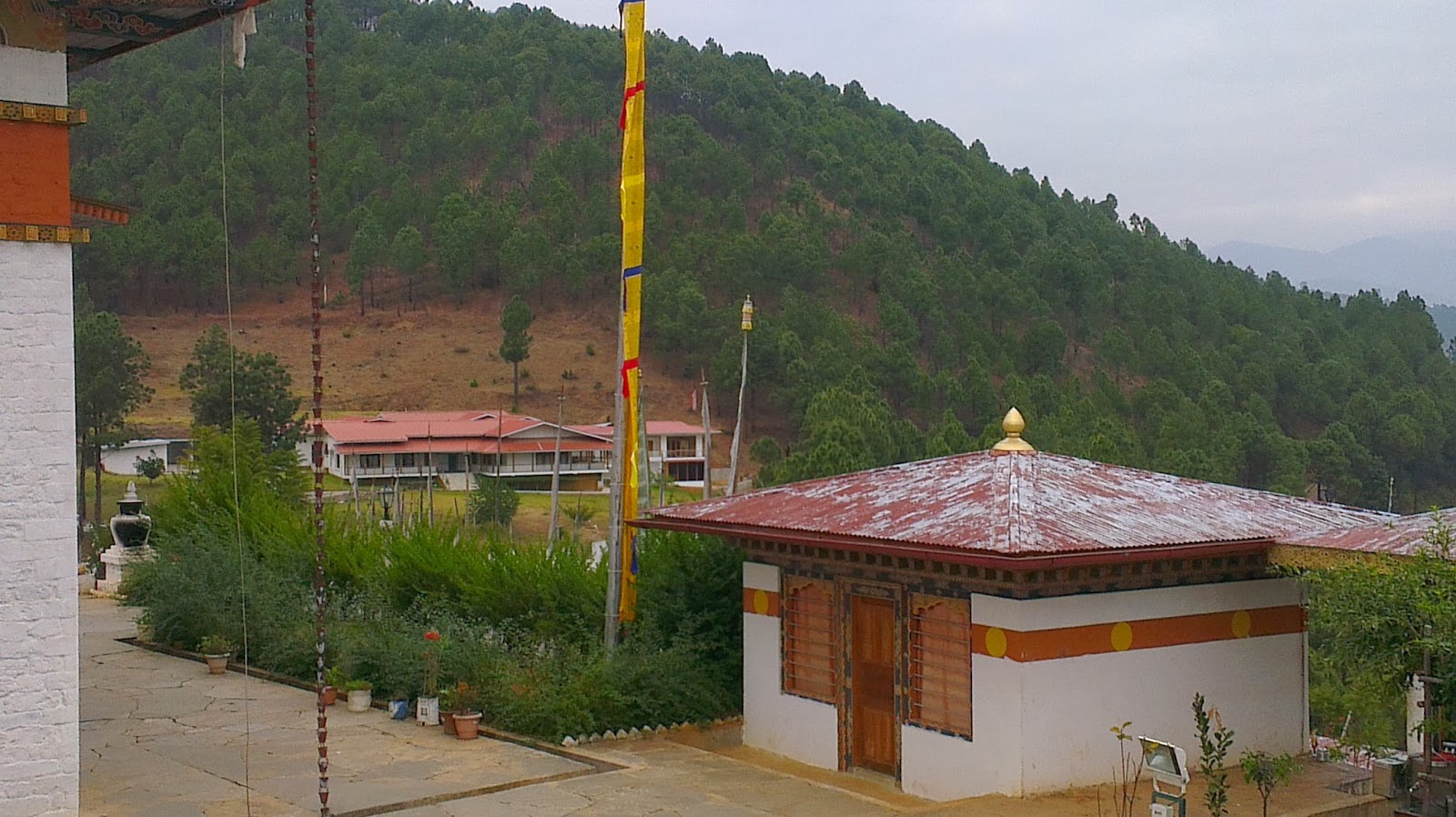 After this, we had an early night and returned to Hotel Lobesa for an early dinner.

Posted by Mountain Tortoise at 01:24