Woke up super early at 3.30am as my flight to Paro, Bhutan was at 6.30am. Super tired as I only slept at about 1am. Well, I can catch some sleep on the flight.

For anyone who wants to know, I booked the trip with Druk Asia Pte Ltd located at OG Building at Albert Street for approximately SGD2,800, for a 7-day 6-night trip, inclusive of all airport taxes and surcharges, Bhutan government levies,  airfare on Druk Air, 3-star hotel accommodations, meals, transport, entrance fees to places of interests. etc. Its really cheap compared to some of the established tour agencies, anyone interested should go check them out.

Back to the trip... The flight will take 4 hours from Changi Airport to Kolkatta, 1 hour stopover, 1 hour from Kolkatta to Paro. All in, 6 hours, less 2 hours time difference behind Singapore, we arrived at Bhutan approximately 10.30am.

Flying into Paro was an experience. The pilot alerted us to the beautiful sight of the Himalayan ranges on the left of the plane. We could see Mt Everest far away, wow wow wee. We were also warned not to be alarmed when seeing mountains so close to the plane during landing.


Upon arrival at Paro airport, we disembarked from the short flight of stairs onto the tarmac (as there are no aerobridges) and what greeted us were beautiful mountains all around us. You could identify the tourists from the seasoned travellers. All the tourists were busy snapping pictures all around.


Clearing immigration was a breeze. As Paro doesn't have many aeroplanes landing (we were the only one then), the lines at immigration weren't long and it was all done in about 10-15 minutes. I think our picture taking on the tarmac took a longer time, haha.

We were met outside by our tour guide, Chunjur, and a driver (forgot his name). They were both polite young men and were quick to introduce themselves and make us feel welcomed. We were informed that there is only 1 road from the airport in Paro to Thimphu, the capital city of Bhutan, and it was the best paved road in the country. On the way to the capital, the scenery was beautiful with the Himalayan ranges everywhere. We stopped along the way to have a rest and visited a traditional Bhutan bridge over the river. Little did we know that this was an introduction for more to come at a later date. 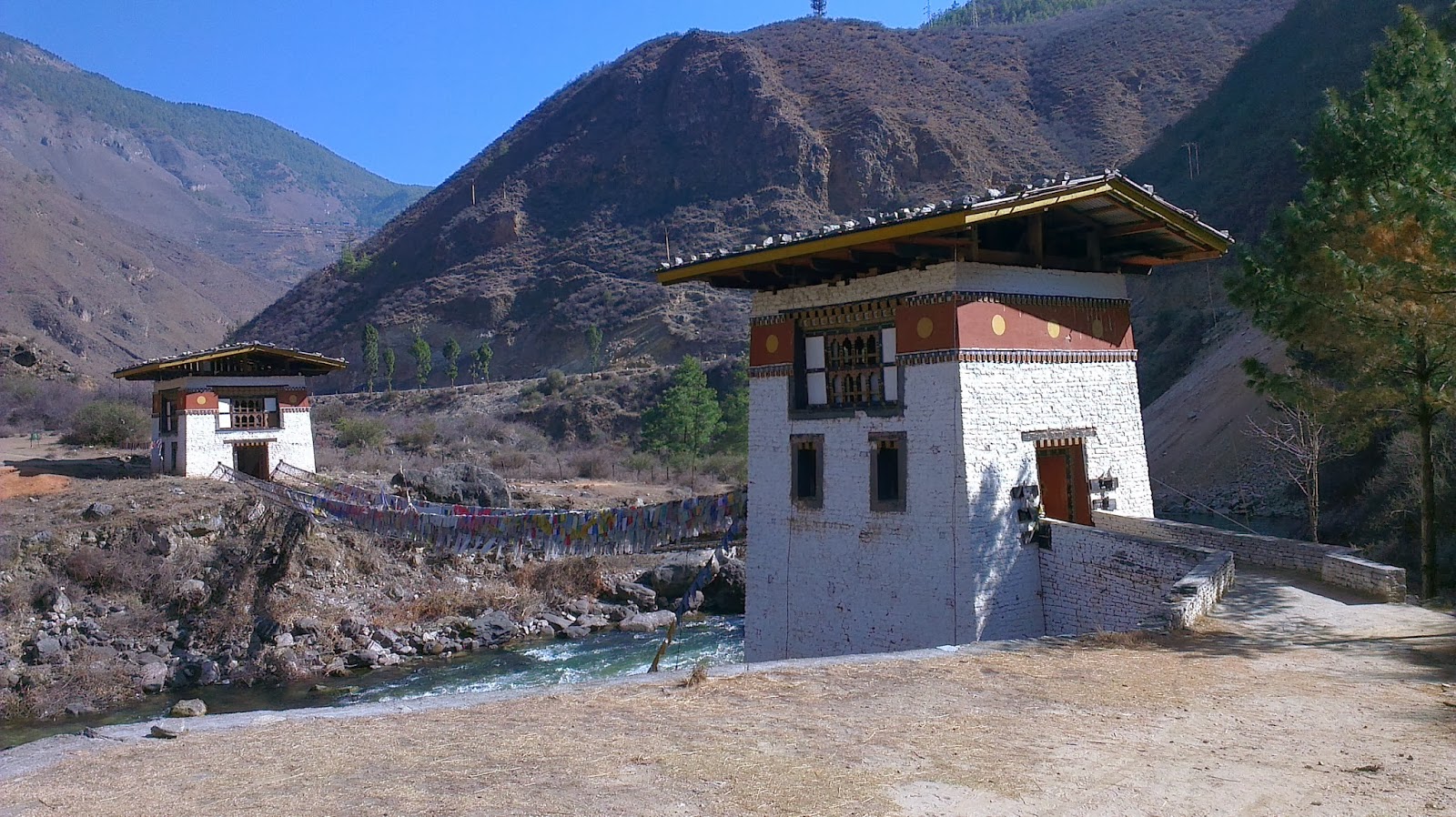 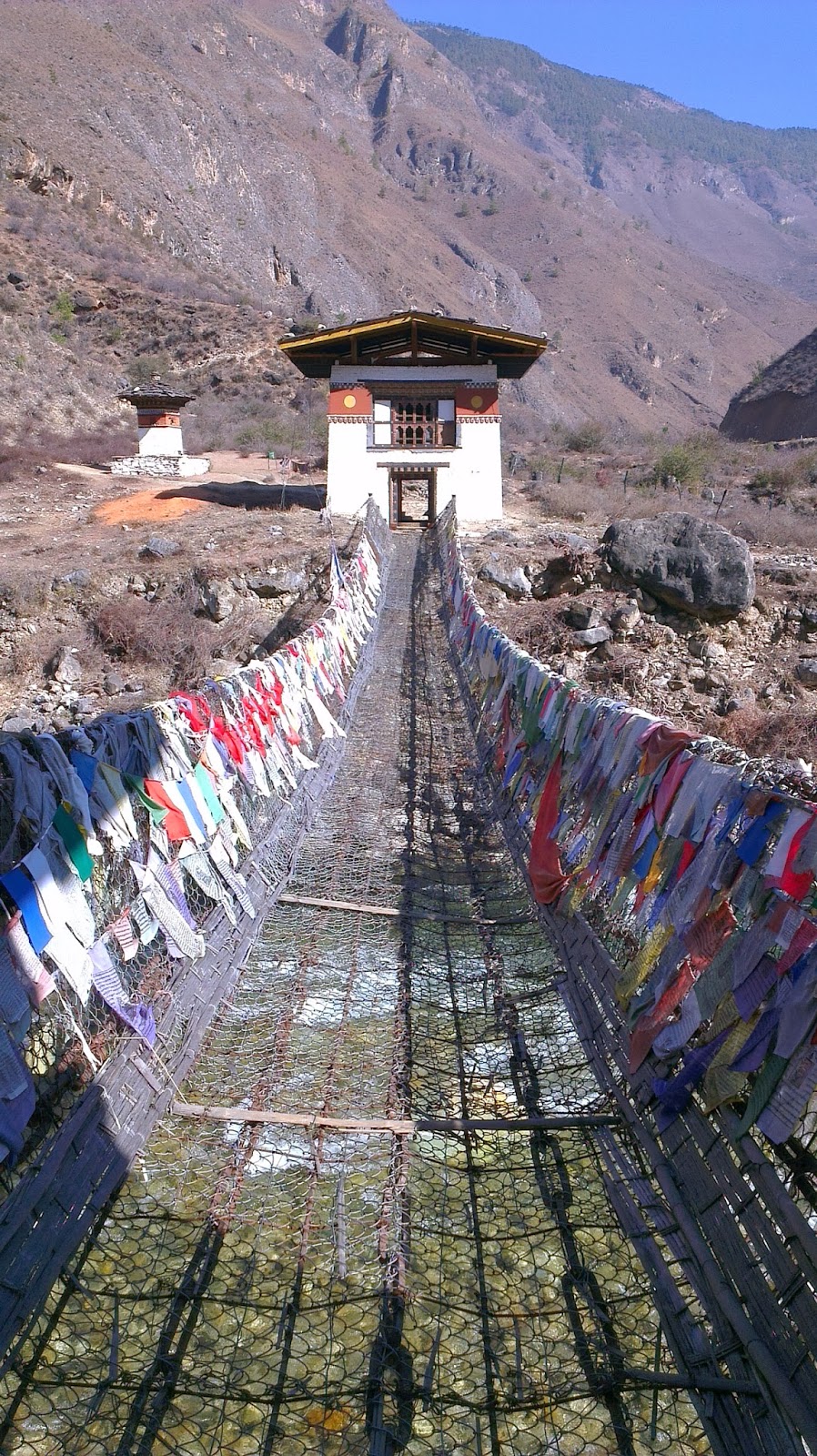 After the short pit stop, we proceeded on our journey and after about 45 minutes later, we arrived at our hotel, The Gallingkha. Its a 3-star hotel, rooms were pretty spacious and looks out onto the street. Temperature dropped to somewhere near 0 degrees Celsius and the heater in the room was of no use. Showering was torturous as well as the bathroom was icy cold. 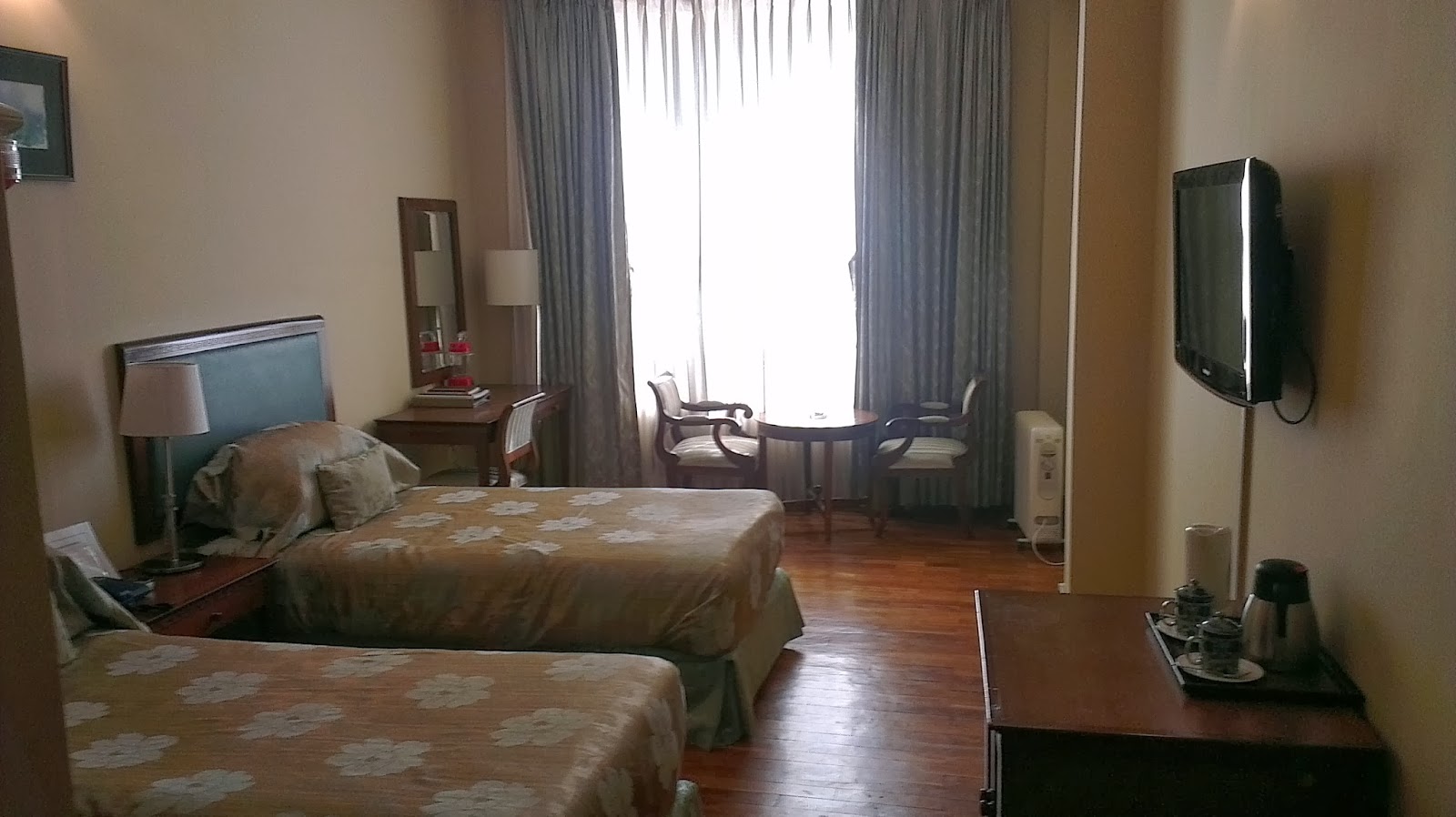 After checking in, we went out for lunch. After lunch, Chunjur, brought us to watch the finals of their local archery competition. It was an experience for us. Their cheer team was most entertaining to watch.

After half an hour, we proceeded to our first tourist attraction, the Centenary Farmers' Market, selling all kinds of produce and dried goods. It was indeed interesting to learn about the Bhutanese diet and various ingredients from the market. We didn't stay too long as we weren't really the house minding type :D

Across the road were stalls akin to our pasar malam, selling Bhutanese wares, musical equipment, souvenirs, etc. Now, that was more interesting for us typical Singaporeans :D 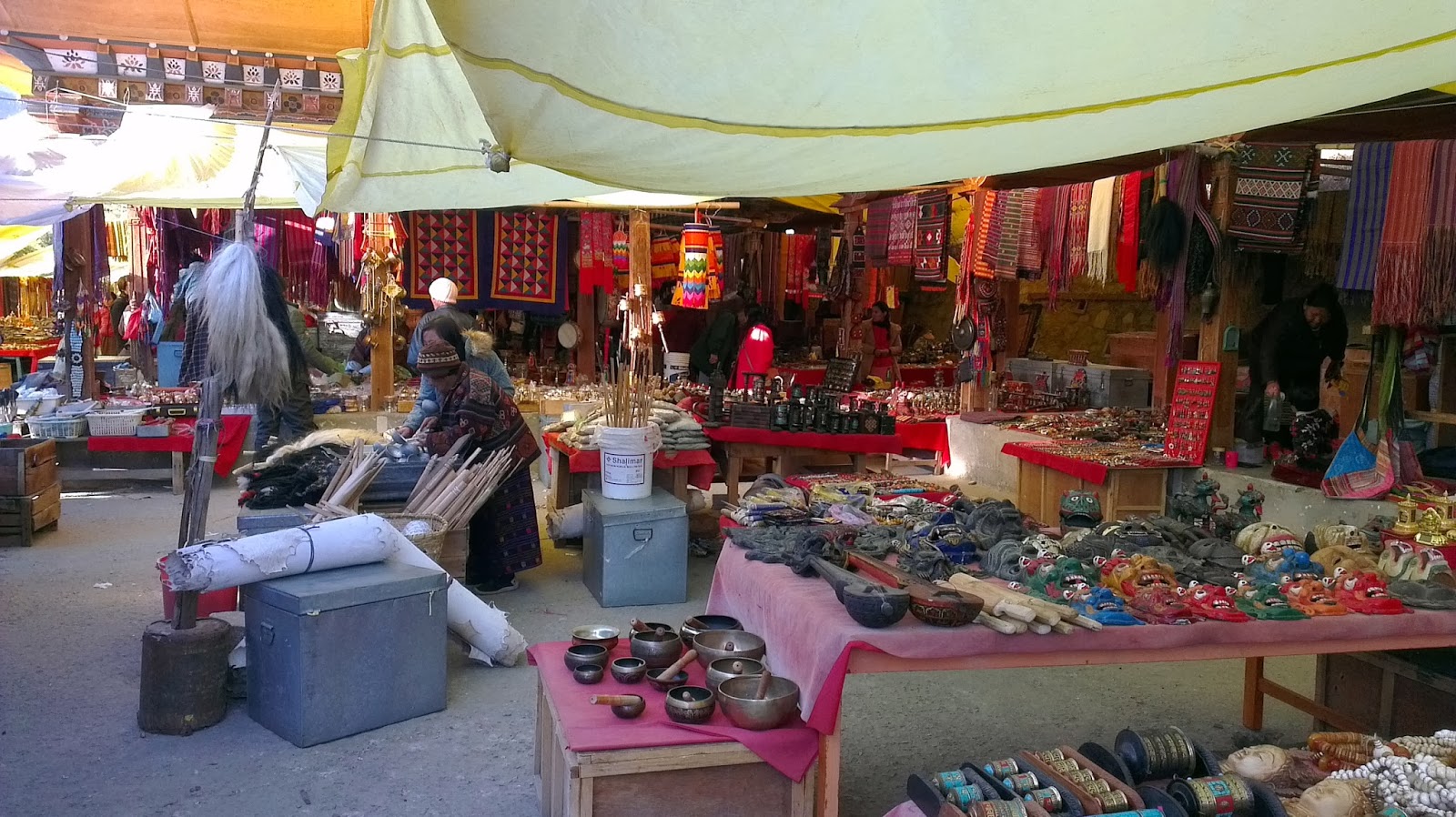 We next proceeded to Thimphu Dzong (aka Tashichhodzong). Constructed in 1641, the "fortress of the glorious religions" currently houses some ministries, His Majesty's secretariat and the central monk body.

As the King's residence was nearby, we were told that we may bump into the King as he walked from his residence to his office at the Dzong, but no such luck :( 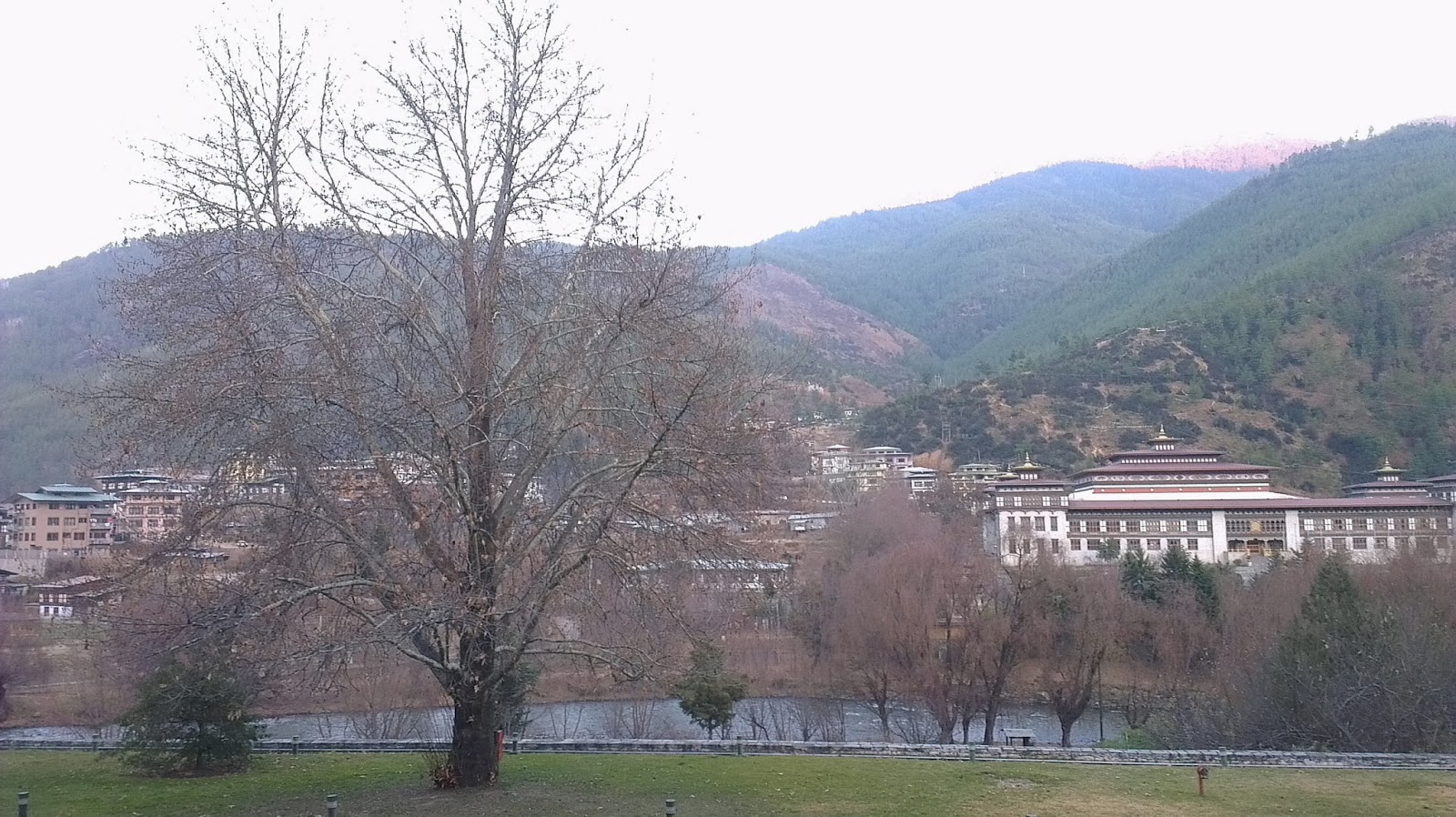 After our sightseeing we proceeded back to our hotel. We were tired, hungry and the weather was cold, we can't wait to gobble our grub and hibernate.

Although lunch wasn't too great, our dinner at the hotel was pretty good. In fact, since I've been back from my work stint in India circa 2013, I haven't had much Indian food, much less good Indian food. 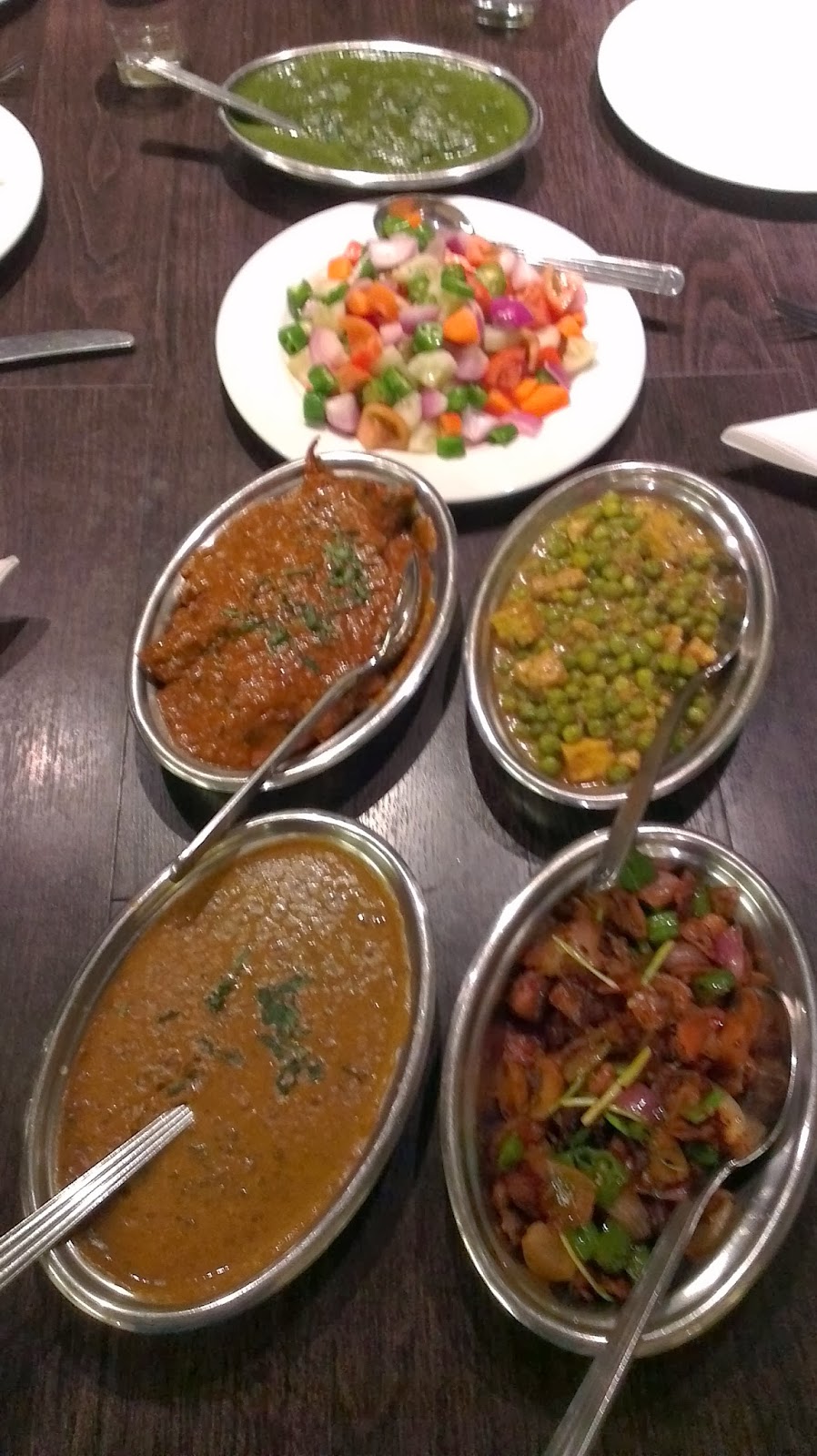 4 naans and half a plate of rice accompanied all these down into my gut. After the satisfying meal, we were all pooped and retired for an early night. Good decision as little did we know what lies ahead tomorrow...
Posted by Mountain Tortoise at 08:23